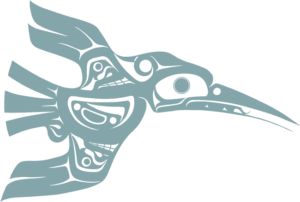 The Ditidaht Council is pleased to announce that on Friday, June 28, 2019 the Ditidaht / Pacheedaht Agreement In Principle was signed.  After many years of work, our nation can now move into Stage 5 of the BC treaty process (final agreement negotiations).

Ditidaht Chief Councilor Robert Joseph, Pacheedaht Chief Councilor Jeff Jones, Premier John Horgan, and MP John Aldag, along with other government dignitaries and members of both Ditidaht and Pacheedaht, met on the traditional territory of the Songhees and Esquimalt Nations at the Empress Hotel in Victoria, BC for the official signing.

At its current stage, the treaty proposes $40 million to Ditidaht that would be paid upon implementation of the Final Agreement, plus economic development funds of $3 million.

The proposed treaty land entails our nation’s existing reserves, plus areas to be transferred from Crown land and the Pacific Rim National Park Reserve. Once we complete our final agreement, we will own 751 hectares of our current reserve lands, almost 4,000 hectares of crown land and 1,453 hectares of national park land in the south-eastern portion of Vancouver Island.

The province has also pledged to establish a 54 km gravel forest road from Cowichan Lake to the end of Nitinaht Lake to benefit the Ditidaht Community upon approval of the Final Agreement (treaty).

The Ditidaht negotiators foresee our nation becoming more empowered to economically benefit from our lands if a treaty is implemented.

“As we recognize the Ditidaht and Pacheedaht First Nations for their work to reach today’s milestone, we remain committed to advancing reconciliation with Indigenous peoples and building a better future for everyone in B.C., today and every day.”  “Our government is proud to work with the Ditidaht and Pacheedaht First Nations toward a renewed government-to-government relationship, based on rights, reconciliation and respect,” said Premier John Horgan, who is also the local MLA.

Thank you to the Ditidaht treaty negotiation team (Jack Thompson, Shelley Chester, Robert Joseph, Robert Freedman of JFK Law) for their continued work – it has not been an easy journey. Also, hands up to those members of the Ditidaht Treaty Committee, past and present, as without their efforts we would not be where we are today.

For further information, please contact Ditidaht Chief Negotiator, Jack Thompson at 1-888-745-3366 or Shelley Chester, Ditidaht Treaty Coordinator at 1-800-997-3799.  More information on the BC treaty process can be found at: http://www.bctreaty.ca/